Screening of the documentary “Ojos que no ven… MOVIMENTO ESPARTACO” 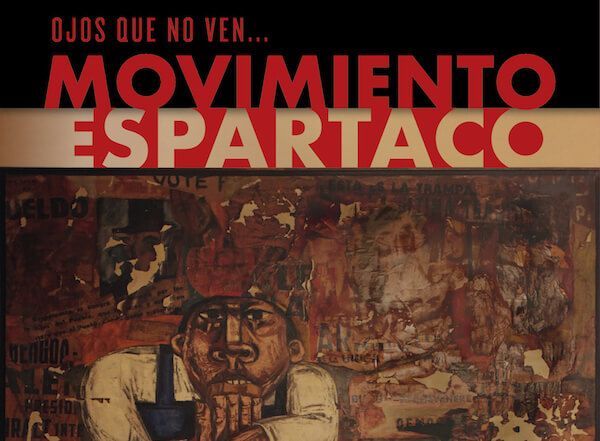 In accordance with the directive established by the health authorities and the Junta de Andalucía to contain the coronavirus (COVID-19) the screening of the documentary “Ojos que no ven… MOVIMENTO ESPARTACO” will be canceled.

We apologize for the inconvenience caused.

On April 18 we will say goodbye to our exhibition “Movimiento Espartaco” (translated as “Spartacus Movement”), but first we would like to bid farewell to it properly. We are therefore presenting the documentary film “Ojos que no ven… MOVIMIENTO ESPARTACO” (“Out of sight… THE SPARTACUS MOVEMENT”), directed by Ana Garide, with a script by Ana Garide and Malena Sessano.

IMPORTANT: The screening and subsequent talk will be in Spanish.

The documentary takes a tour of the legacy of the Spartacus Movement, analyzing the philosophy, aesthetic approaches and evolution of the movement from today’s point of view. The film highlights the importance that this movement had in Argentina during the sixties and the importance of safeguarding its works, something that we can only achieve thanks to the knowledge and dissemination of the Spartacus Movement itself.

With an original approach and an addictive narrative rhythm, this documentary film will help us discover what exists beyond the works: the circumstances that brought them to life, the artists and their fears, the reality of the artists and art movements and what happens to them when it’s all finished.

The screening of the documentary will be attended by Malena Sessano, screenwriter and content producer (and daughter of Carlos Sessano, the last living member of the Spartacus Movement), and Eduardo Bute, Doctor in Art History and expert in this movement (and the son of Esperilio Bute, another member of the group).

IMPORTANT: The screening and subsequent talk will be in Spanish.