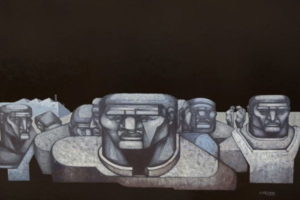 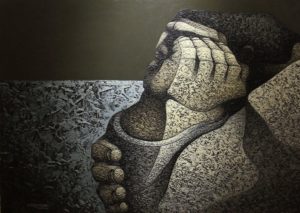 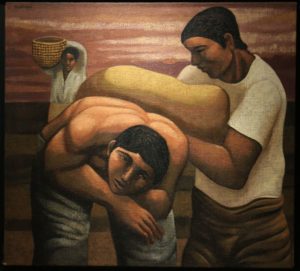 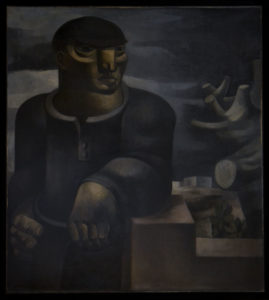 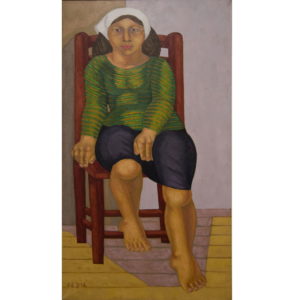 The beginnings and formation of the Spartacus Movement

In 1957, Ricardo Carpani, Juan Manuel Sánchez and Mario Mollari started holding joint exhibitions with the intention of creating social painting with a revolutionary discourse. A manifesto was written one year later, entitled “Por un arte revolucionario” (For revolutionary art), in which they set out the ideological foundations of the movement, which emerged as a result of the First River Plate Exhibition of Modern Art in Buenos Aires in 1959. The three aforementioned artists were joined in the exhibition by Carlos Sessano and Esperilio Bute. From this moment they became known as the Movimiento Espartaco, translated as the “Spartacus Movement”, in homage to the Spartacus League (a German labour movement of Marxist origin led by Rosa Luxemburg).

At the end of this same year, the photographer Tito Vallacco (present in two early exhibitions by the group) and the Bolivian Raúl Lara (who was involved for just 6 months) joined the movement. Juana Elena Diz and Pascual Di Bianco entered in 1960.

The movement’s history was marked by the comings and goings of its members. It can be clearly divided into two periods: the first, between 1959 and 1961, marked by Carpani leaving the group; and a second stage from 1962 to 1968, when it was dissolved at the initiative of its own members.

Carpani’s departure in particular due to discrepancies in the group’s approaches (more strongly linked to political and trade union militancy), followed by that of Di Bianco, freed the movement from the political burden and the aesthetic of the pamphlet. These were not the only changes in the group’s ranks, however. Bute also left in 1963 (this being a friendly departure as he was moving to Paris) and Franco Venturi, an Italian resident in Argentina, joined two years later.

The movement, which was continuously evolving, was based on Americanist art at the start, moving towards the renewal of the tradition through the assimilation of contemporary avant-garde proposals. They created young art that represented the panorama of their country and the continent as a whole, establishing themselves as an indispensable group in the 1960s.

The activity of the Spartacus Movement was brought to an end in 1968 with the exhibition held at the Witcomb Gallery, in which Bute, Carpani, Di Bianco and Lara were also invited to participate. This dissolution was the result of the advent of new critical approaches in Argentine art, meaning that the position of the Spartacists ceased to be the minority alternative, with its existence as an isolated group no longer making sense.

Artists who are part of the exhibition:

Presentation of the exhibition Surrealisms. From Giorgio de Chirico to Francis Bacon

The museum from home