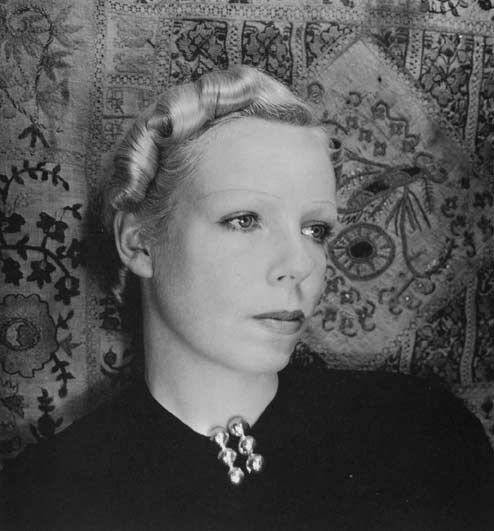 Born Gertrudis Schale in Vienna in 1898, her links with Argentina led her to change the phonetics and spelling of her surname, with the artist herself turning it into Chale.

Classically trained, Gertrudis began her studies at the School of Arts and Crafts in her hometown (currently the University of Applied Arts) and later perfected her skills at the Akademie Heimann in Munich in 1920, and in Geneva, where she took classes in artistic anatomy.

She held her first exhibitions at this time, as well as beginning to work in design and decorative arts. Her career as a publicist took her to Paris in 1925, where she also delved into the art of the historical avant-gardes.

Due to the political situation in Europe, Gertrudis Chale undertook a new adventure in Spain at the start of the 1930s. After residing in Madrid for over a year, Chale and her husband moved to the Balearic Islands, attracted by the climate and their desire to focus on Chale’s painting. In Madrid she had immersed herself in the great masters like Goya, Velázquez and Flemish painting, but on the islands it was to be the austere beauty of its landscapes and rural inhabitants that would inspire the young artist.

With their hand again being forced by the European and Spanish political situation, Chale was to travel to Argentina with her husband in 1934. There, her marriage soon ended and Chale settled in Quilmes, an area that bordered both the rural and the urban, although this was not to separate her from the intellectual and artistic movement of the city of Buenos Aires. She took part in meetings with intellectuals and artists, collaborated with magazines like Martin Fierro, held collective exhibitions and was included in the Generation of 1938-49, alongside artists like Carlos Castagnino, Juan Batlle Planas, Luis Seoane and Miguel Diomede.

Chale’s concern about the inequality and margination experienced by communities and decentralised avant-garde movements led her to also take part in movements that arose in outlying regions. Some collaborations of particular interest include those with magazines like Ángulo, which emerged in Salta. These links and relationships with other environments led her to form friendships and collaborate with artists concentrating on indigenous themes, such as José Sabogal himself and Julia Codesio.

As we will see, and despite her presence within the port’s community, Chale directed her gaze to the Argentina inhabited by descendants of the pre-Hispanic world, their customs, surroundings, and ways of life.

In 1936 Chale embarked on a new journey that would take her back to the European continent. She visited Spain, France, Germany, Italy and Austria over a period of almost two years. Back in Latin America, she went on her travels again in 1945, travelling through Peru, Bolivia and Ecuador, and also Brazil, Mexico and Uruguay at a later date.

These trips through the countries of Latin America were to become journeys of knowledge and promotion. Chale held solo and collective exhibitions, taking along works by other Argentine artists to offer visibility to these movements in her adopted country.

She died at a young age in a plane crash in the province of La Rioja on 23 April 1954, as she was flying from Mendoza to Buenos Aires.

Her beginnings lay in cubism, a movement she discovered in Paris, but she soon honed her own language based on pastel colours contrasted with strong primary colours, scenes and landscapes with perspective, full of elements referring to the culture and place where they were painted. The works she created during her stay in the Balearic Islands stand out for their colour. The artist’s attention is drawn by landscapes and rural inhabitants, in particular women dressed in typical clothing, known as payesas, and this is reflected in her work.

After her arrival in Argentina, her work moves away from narrative elements, although she continues to focus on depicting landscapes and rural or original characters. Here, Chale felt deeply attracted to the rural and suburban world inhabited by indigenous people.

Gertrudis Chale’s paintings tried to represent the inner world of her characters, which she did through the use of a subjective and majestic language. The use of primary colours, ochres and shades of grey were to become more austere as she explored the altiplano of the Argentine Andes and other countries of the continent.

In the artist’s trips to Argentina and other countries in Latin America alike, she was to pick up influences that were to be reflected in her style. After her first visit to Argentina’s altiplano region, Chale’s painting was transformed, with a less varied colour palette that contributed to the surreal and timeless atmosphere that characterises her painting. Works like “Landscape with figures” (1945) and “Figure” (1945) are clear examples of this.

Chale also took part in the growing muralist movement that emerged in Buenos Aires between 1940 and 1950, led by Lino Spilimbergo and Castagnino. One of the last works painted by the artist was a mural at the Santa Fe Gallery in Buenos Aires in 1954, entitled “Market and festivity”. This includes a whole host of illustrations and different versions of preparatory drawings, such as the one we see in the exhibition Destination Argentina. Borges and Chale, female artists in the avant-garde, in her work “Figures” from 1945.