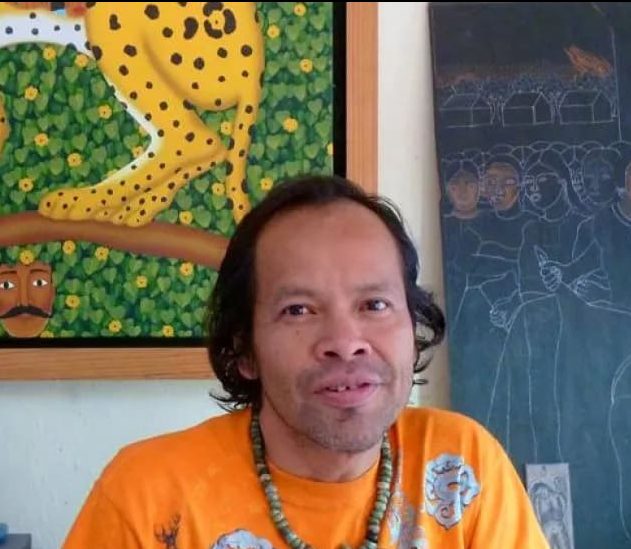 He was born in Oaxaca de Juárez in 1962. He began his artistic studies at the School of Fine Arts at Benito Juárez Autonomous University, after which he attended the Rufino Tamayo Plastic Arts Workshop where he learned lithography, and the Oaxacan Casa de la Cultura, where he would learn colour engraving techniques with the master Shinzaburo Takeda.

Fernando Olivera was to develop his facet as an engraver above all else. His works transport us to the Isthmus of Tehuantepec, with its landscapes and its women. These constant female representations in his work tell us about their struggle and their role in the development of the society, economy and politics of their region. On other occasions, he represents them as a symbol of motherhood, creation and life. His vision and his works are based on the tradition, myths and legends of Oaxaca and its peoples.