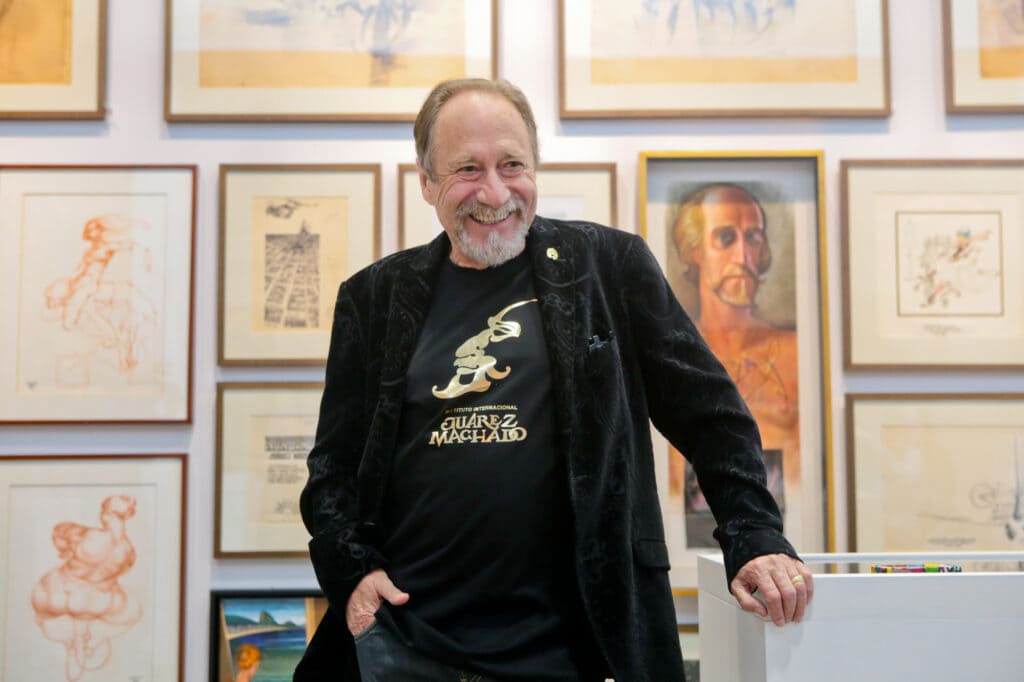 The Brazilian painter Juárez Machado was born in Joinville, in the state of Santa Catarina, in 1941. He is best known for his figurative art deco-style painting.

He studied at the Paraná School of Art, in Curitiba, where he graduated in Fine Arts, playing a very active role in promoting art in the city and raising awareness of it. In addition to painting, he has also made forays into the fields of illustration, scenography, sculpture, drawing and gravure.

Machado’s work is a blend of illustration and comics that is clearly influenced by Tamara Lempicka and Paula Rego, from whom he takes the art deco style of the former and the narratives of the latter. His paintings are filled with expressionist figures who adopt suggestive poses. They tell us stories of romance and seduction, set within the nightlife scene of the 1920s.

Juárez Machado is one of the most important internationally recognised contemporary Brazilian painters. He has lived in Paris since 1986 and exhibits regularly in Europe and the United States.