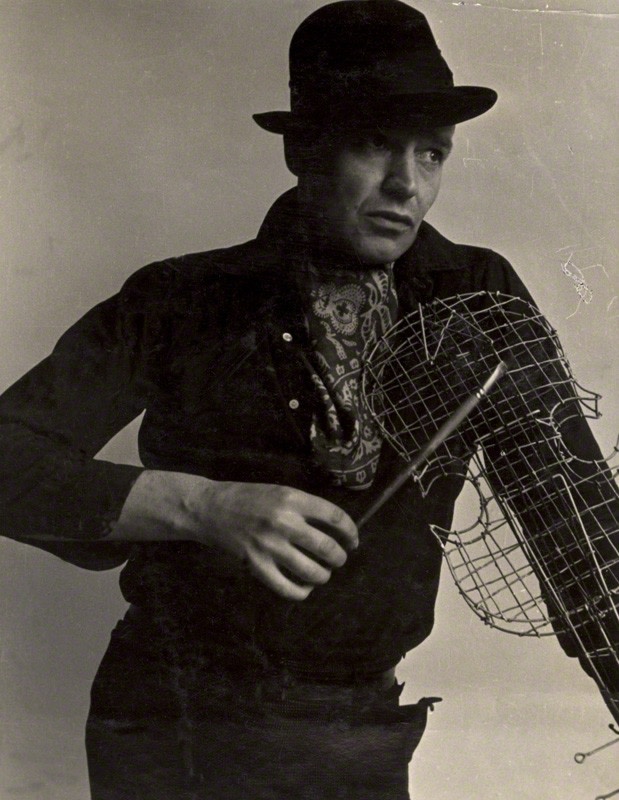 John Banting was an English painter, decorator and writer, born in London in 1902. He completed his artistic training at London’s Westminster School of Art, and in the Acadèmie de la Grande Chaumière and the Acadèmie Colarossi in Paris.

He started his professional artistic production in the mid-1920s. At the beginning he was attracted by Vorticism, an artistic movement under which he made several drawings and poems.

His early works showed the influence of Picasso, Braque and Gris, but he soon developed his own language in a unique repertoire of shapes and subjects: plants, bones, shells and feathers that often represent strange figures.

In 1930, now back in Paris, he met Duchamp, Breton, Giacometti and Cravel. Upon his return to London, the influence of surrealism started to be manifested in his work. During this period he also experimented with different printmaking techniques such as etching and linoleum, producing abstract and more naturalistic works. In 1936 he took part in the London International Surrealist Exhibition and, in 1938, he was invited by Marcel Duchamp to attend the International Surrealist Exhibition in Paris.

Banting produced few paintings in his last years and dedicated most of his time to writing, a medium through which he always manifested his political and social commitments to a greater extent. However, at this time he continued to contribute regularly to surrealist exhibitions with his earlier works.